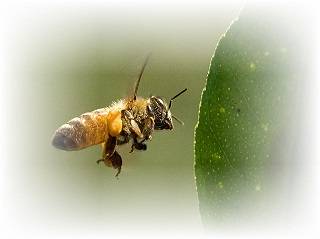 A Texas based nonprofit is spreading the message about protecting honey bees and encouraging others to “bee educated.”

In the South Texas region known as “The Crossroads,” one beekeeper is choosing the path to take action when it comes to the critical juncture between U.S. agriculture, honey bees and multiple threats to the bee population.

In 2016, Dee Lynn Braman founded the nonprofit Bee Educated, an organization with the goal of educating the youth and public in Refugio County about the importance of honey bees in Texas ecosystems and how to protect and improve those environments.

“We have started small and are finally ready to try to raise some money to be able to go to more schools or set up at farmers markets to pass out wildflower seeds,” she said. “I am blessed enough to create an avenue for a message to be heard.” 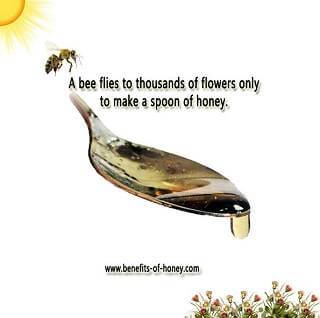 Braman developed a passion for honey bees when she started keeping hives more than seven years ago. She started with a few hives, learning the ropes from a friend, and now she has more than 300 hives.

“After my first year I was addicted. They are the most amazing little creatures. In fact, as humans if we could live like the bees, this would be a much happier world,” she said.

Braman’s affinity for beekeeping made her realize that the message about the vital role honey bees play as pollinators for agricultural crops wasn’t being heard, not only in her own community but across the state and nation. Braman wanted to do what she could to spread facts and information about bees’ positive contributions in people’s lives such as pollinating the cotton used to make their clothes.

“Bees get a bad rap because people associate them with getting stung, but that’s just their self-defense,” she said.

She puts the idea of living in a world without honey bees in black and white terms. “We can’t live without them,” she said.

Why are the Bees Dying?

U.S. beekeepers have experienced honey bee colony losses at various periods in the 20th century, including losses beginning in the late 1980s from the introduction of a pest called the Varroa mite, but in 2006, some beekeepers saw an unusually large number of bee hive losses — 30 to 90 percent — according to the U.S. Department of Agriculture. The recent loss was attributed to colony collapse disorder or CCD and more than 10 years later, experts still don’t know the exact cause of CCD.

By definition, CCD is the occurrence when most worker bees in a hive disappear and leave only the queen and immature bees behind. Very few dead bees are found near the colony, giving the appearance that the bees just disappeared.

Currently, scientists think not just one but multiple causes are behind CCD, including stress, diseases, pesticides and loss of forage. The USDA is leading the government response to address the issue of CCD and the U.S. Environmental Protection Agency is conducting research into pesticides’ effect on pollinators.

The multiple government agency response to dealing with CCD reflects pollinators major role in U.S. agriculture. According to the USDA, crops such as almonds, nuts, fruits and vegetables rely on pollination for $15 billion in added crop value annually. Particularly in California, the almond crop requires 1.3 million colonies of bees to pollinate the trees.

And not only are the bees important, so are the people that keep them. Bee colonies can be replaced if they die because of CCD, but beekeepers will only continue replacing the dead colonies if the economics make sense. If colonies continue to die, they’ll have to work harder and spend more money to keep the hive numbers necessary to meet the demand of crops that rely on pollinators.

According to the USDA, cases of colony loss attributed to CCD have decreased since 2010, but bee colony loss remains an important issue as colonies are still being lost to other causes.

Whatever the cause of CCD, many people are involved in finding a solution; Braman’s answer is “action.” She wants to spread the word about honey bees by subscribing to the thought “actions speak louder than words.”

“We should be good worker bees and spread our message through hard work, leadership and example,” she said.

As someone who considers herself a motivator, realist and mom, Braman said she also thinks it’s important to set an example for her two young daughters. “For me, being motivated is easy. I have two sets of little eyes watching every move I make. I want my two daughters to be strong and highly motivated to have their voices heard,” she said. 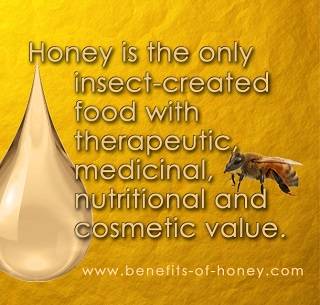 Braman enlisted the help of Ranch House Designs to create a website for her nonprofit. She felt Ranch House was the right choice because the team “thinks outside the box.”

Starting the Bee Educated nonprofit was an important step for Braman to do what she could to share information about protecting bees. And to help spread the message she’s passionate about. “The key to nonprofits is gaining a following to spread your message,” she said. “Ranch House Designs helps us network to do just that.”

So what can people do?

Braman said there are five simple things people can do to act.

Number one: Talk about it. Buy a T-shirt inviting comments or start a random conversation, she said.

Number three: Mow fields after native wildflowers have dried and dropped their seeds. Mowing helps spread the seeds, so next season there will be more flowers for the bees.

Number four: Try to avoid using chemicals that harm bees. If you do spray, do it after sunset and set sprinklers for sunrise because bees return home at night and start working again at dawn, she said.

And number five: Buy local honey. Braman said it’s important to support local beekeepers because the more hives they maintain, the healthier the bees will be.

The issue of honey bee colony loss is a complicated one. And Braman said when she speaks to others about her nonprofit and goals, she keeps one quote in mind, “I can do things you cannot. You can do things I cannot; together we can do great things.” — Mother Teresa.

If it’s going to take everyone working together to help honey bees, Braman is one of the people leading the charge.

Go to www.beeeducated.org to learn even more about honey bees and what you can do to help them.

-treat ulcers and other gastrointestinal disorders.

-reduce the risk of some cancers and heart disease.

-In its lifetime, a worker bee flies the equivalent of 1.5 times the circumference of the world.

-Honey bees can fly at speeds as fast as 15 miles per hour.

-The buzzing sound of bees is made by their wings, which beat 200 times per second.

-The average worker bee only lives for five to six weeks and produces a twelfth of a teaspoon of honey.

-Worker bees dance to communicate the location of food sources.

-The queen bee can live up to five years and is the only bee that lays eggs.