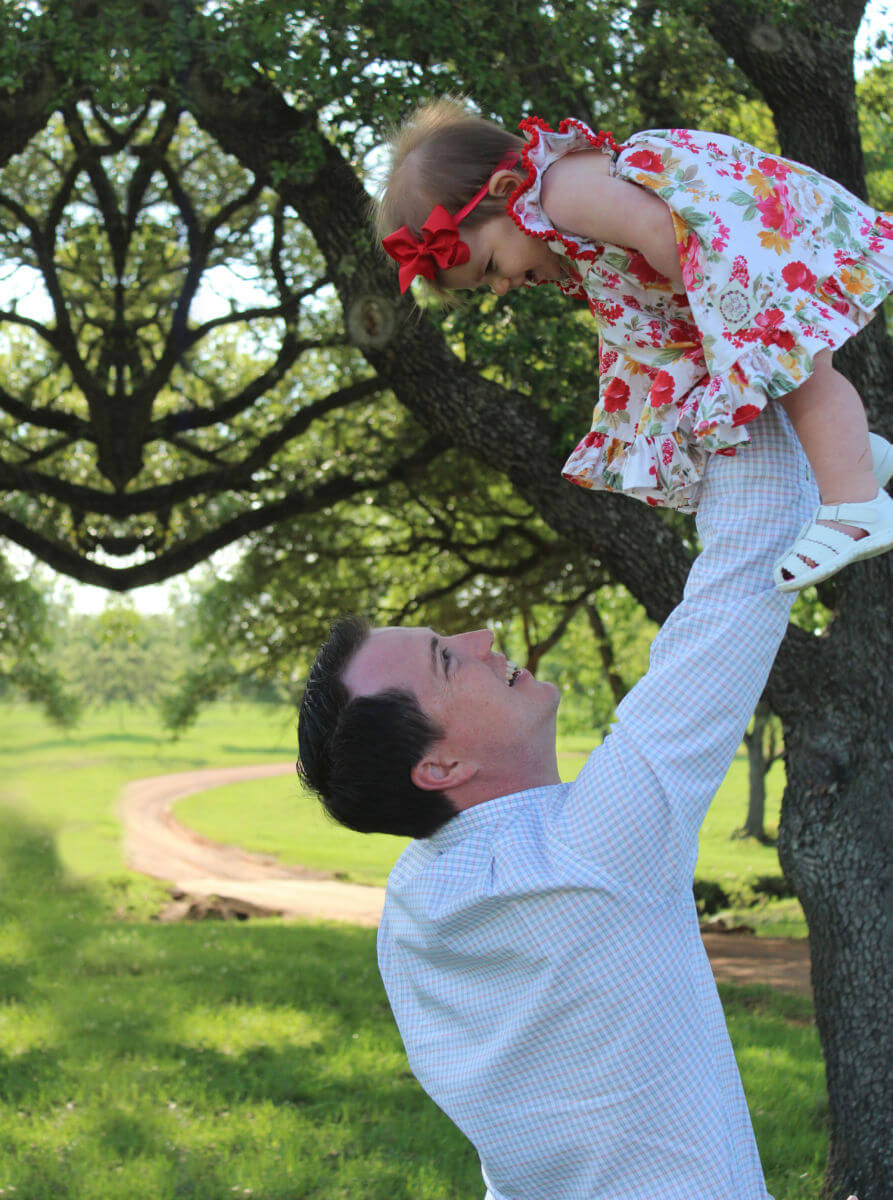 This article originally appeared in the summer 2018 Ranch House Journal. 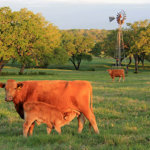 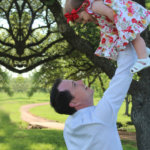 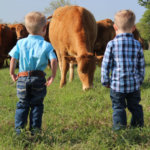 Fourth-generation cattle rancher, Jordan Beeman, first became acquainted with Akaushi beef as a service provider when he and his father, Ronald, processed it at their then-owned Eddy Packing Company in Yoakum, Texas. 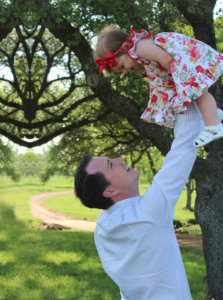 “We were just blown away with the quality.” Beeman said. “That’s what really sold us. The ability of the Akaushi to marble, and the ability to pass that marbling on to their offspring.”

Today, Jordan is president of HeartBrand Beef, the world’s largest producer of rare Japanese Akaushi cattle, outside of Japan, and one of the largest family-owned branded beef programs in the U.S.

The Akaushi breed hails from the Kumamoto Prefecture on the Japanese island of Kyushu. The breed has been subject to intense genetic improvement to endure the humid subtropical climate of the mountainous ranch land while still pleasing the palate of Japanese consumers.

Akaushi were never intended to leave the island, but a unique opportunity in an early 90s trade agreement between the U.S. and Japan allowed for a small nucleus of Akaushi to find their way to Texas. The window for that opportunity quickly closed.

In 2006, the Beeman family purchased the assets — the cattle, the brand, the genetics — from the original owners to create HeartBrand.

A SHIFT IN FOCUS

“Once our family took over,” Beeman said. “Our focus was more on the selling of meat and selling full-blood Akaushi bulls to commercial cattle producers in order to expand F1 production to be able to sell more Akaushi beef.”

HeartBrand then buys the calves back to fuel their coop program.

HeartBrand reached out to Ranch House Designs for a few small projects, but now uses them frequently.

“We started looking for more help trying to tell our story,” Beeman said. “And then also trying to educate the producer more on what we do.”

Through marketing, and a network of other ranchers, cattlemen or coops, HeartBrand can grow faster without having the additional overhead of land, cattle or direct ranch expenses.

The return for customers is the advantage for being part of a branded beef program.

This is easier said than done, despite the reputation that precedes Akaushi beef.

“The two largest problems we face,” Beeman said. “Are going to a cattleman and tellin’ him, ‘Hey, try this bull. It will increase your quality grade and has very minimal downsides.’”

The issue with that, Beeman said, is that any cattleman has heard this from the last five breeds that came before them.

Couple that with the slow process of breeding, weaning and finishing. It could be two years or more before a rancher realizes he or she could be producing superior beef.

Another hurdle HeartBrand has to clear is that of capital.

“This business we’re in is an extremely long-term business,” Beeman said. “Under the best-case scenario, we buy a half-blood at 600 pounds. We have to feed him for roughly 300 days before he’s ready to sell beef out of.”

This ties up capital for almost a year. 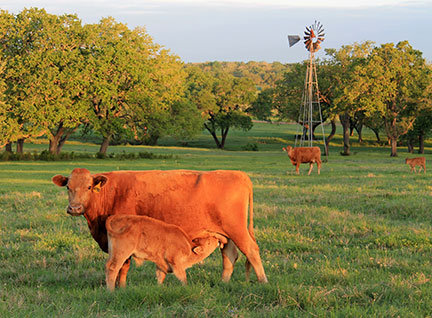 HeartBrand’s mission is to provide the best beef-eating experience possible.

Jojo Carrales, vice president of cattle, has made this his mission for nearly 10 years.

He met Beeman during his time as a livestock judging coach at SHSU.

The biggest difference of Akaushi versus other breeds, Carrales said, is that Akaushi half-blood cattle will grade about 40 percent USDA prime and 2 percent USDA select.

Compared to industry standards, that’s four times more percentage of prime-grade beef and is all-natural, with no added hormones or growth promotants.

To promote the Akaushi breed -— and to ensure quality and purity — the Beemans started the American Akaushi Association. HeartBrand only sources calves from producers which comply with their all-natural, no-added-hormones agreement, and can parent verify calves back to an Akaushi parent with the AAA. This ensures the calves HeartBrand buys back from producers are registered to a full-blood Akaushi parent.

Producers are not required to source the cattle from the HeartBrand herd, but for the calves to be eligible for the HeartBrand Beef program, it must be registered with the AAA.

HeartBrand buys cattle of all ages. When it’s time for slaughter, HeartBrand outsources to Caviness Beef Packers in Hereford, Texas.

HeartBrand markets Akaushi beef tirelessly with an “experienced group of beef salesmen who cover the U.S., getting Akaushi Beef in front of key restaurant and retail establishments,” and building partnerships nationwide.

“My hope is to always get a chef to try our beef and compare it to what he’s using,” Beeman said. “If it’s not better than what he currently has, I’ll leave. And I haven’t had to leave yet.”

This is why you can find HeartBrand Beef in some of Texas’ best high-end steakhouses and burger bars. One of HeartBrand’s longest partnerships is with Bohanan’s Prime Steaks & Seafood in San Antonio, Texas. Pappas Bros. Steakhouses in Houston and Dallas have also used Akaushi beef for quite some time.

Pappas Bros. and Bohanan’s Prime Steaks & Seafood were both ranked 1 and 2, respectively, in “Meat Your Maker,” a Texas Monthly story on the 38 best steakhouses in Texas, December 2007.

In a newer ranking done by Texas Monthly, “The Golden Age of BBQ: the 10 best BBQ joints in Texas,” new-kid-on-the-block — and HeartBrand customer — Cattleack Barbeque placed third, ceding only to Snow’s, 1, and Franklin Barbecue, 2. This shows that newcomers, with skill and tender, flavorful Akaushi beef, can grill over Texas Legends like Cooper’s in Llano and Saltlick in Driftwood.

HeartBrand is not just partnering with restaurants. The Texas-staple, Buc ee’s, carries HeartBrand premium jerky in most locations.

In mid April, HeartBrand also teamed up with the Buffalo Speedway Kroger in Houston, Texas, to sell delicious Akaushi beef under the HeartBrand name.

Other HeartBrand customers include Hopdoddy Burger Bar, Echo & Rig, Gas Monkey, Fresh Plus and many more.

HeartBrand airships to Korea every week, regularly ships to Mexico and also ships to Singapore. They’re planning to export to China and Taiwan this summer.

THE NEXT BIG THING 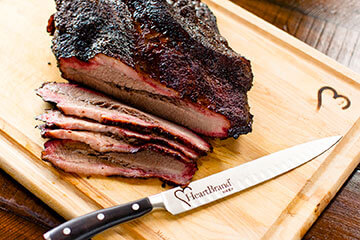 Carrales said the five-year goal HeartBrand wanted to accomplish — and did in 2018 — is getting other branded beef programs, like AgriBeef and Desert Mountain, to have a market for Akaushi cattle and buy them at a premium.

“When HeartBrand is the only customer for Akaushi cattle, it’s definitely not a long-term success in our mind,” Carrales said. “It’s more of a subsidy.”

However, within the past year, HeartBrand has really been challenged by elite branded-beef programs trying to buy Akaushi beef from HeartBrand’s producers.

“People are finding that Akaushi cattle, for multiple reasons, are what they want to buy to better their own program,” Carrales said.

In the past two years, HeartBrand’s international seedstock sales have grown exponentially to Australia, South Africa and Brazil. HeartBrand slaughters about 225 head a week. Beeman’s goal is to get to 500 head a week by 2021. And, if things stay on track the way they have in the last five years, HeartBrand is sure to achieve this goal.