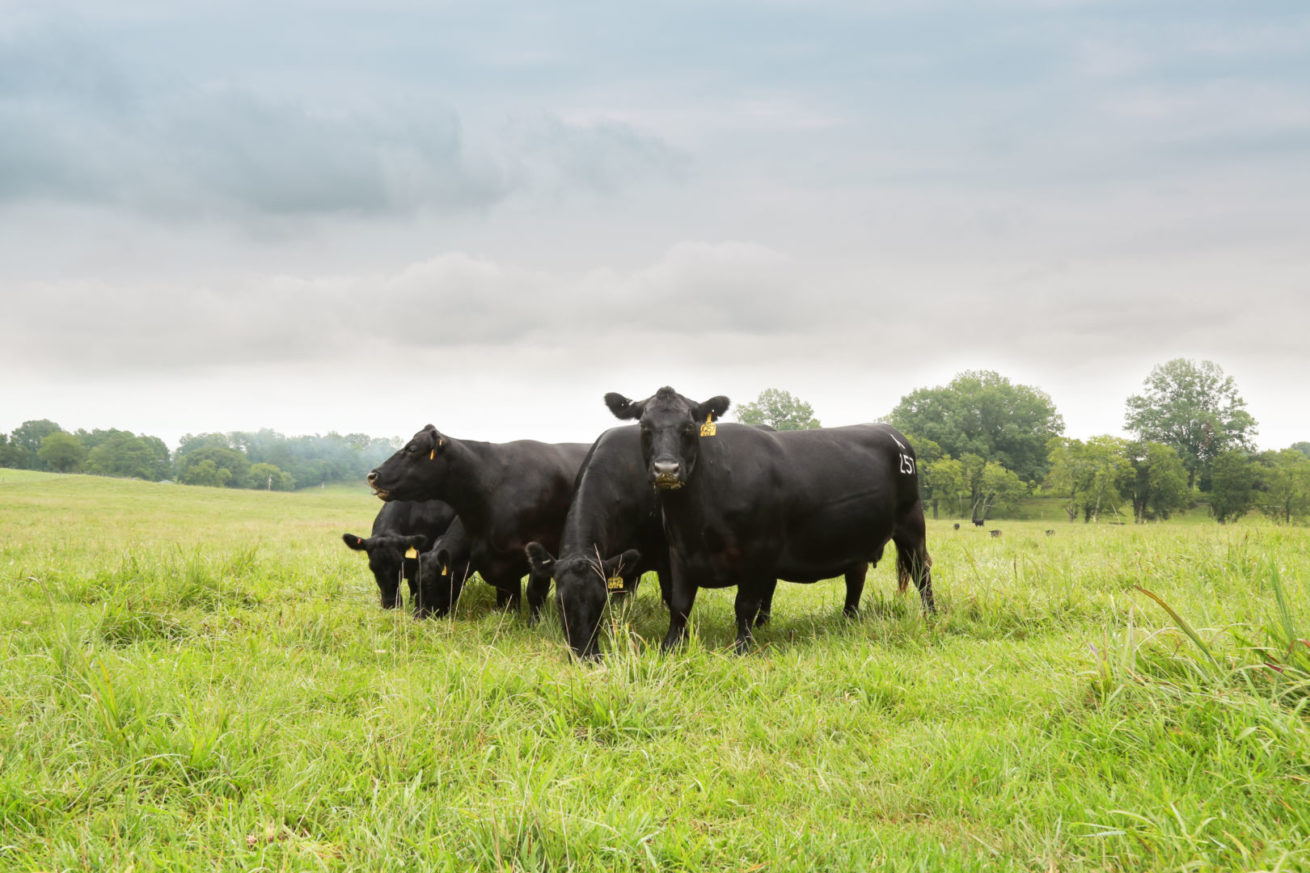 They might be the new kids on the Angus block, but one thing is certain, Ingram Angus is building a cattle business that’s here to stay.

As someone who has traveled to Pulaski, Tennessee, toured the operation and spoken with owner, Orrin Ingram and managing partners David Cagle and Jason Upchurch, two words immediately come to mind when I think of Ingram Angus; quality and integrity. Orrin put it best when he said “integrity is what we stand by: good quality people who deal with good quality cattle.” 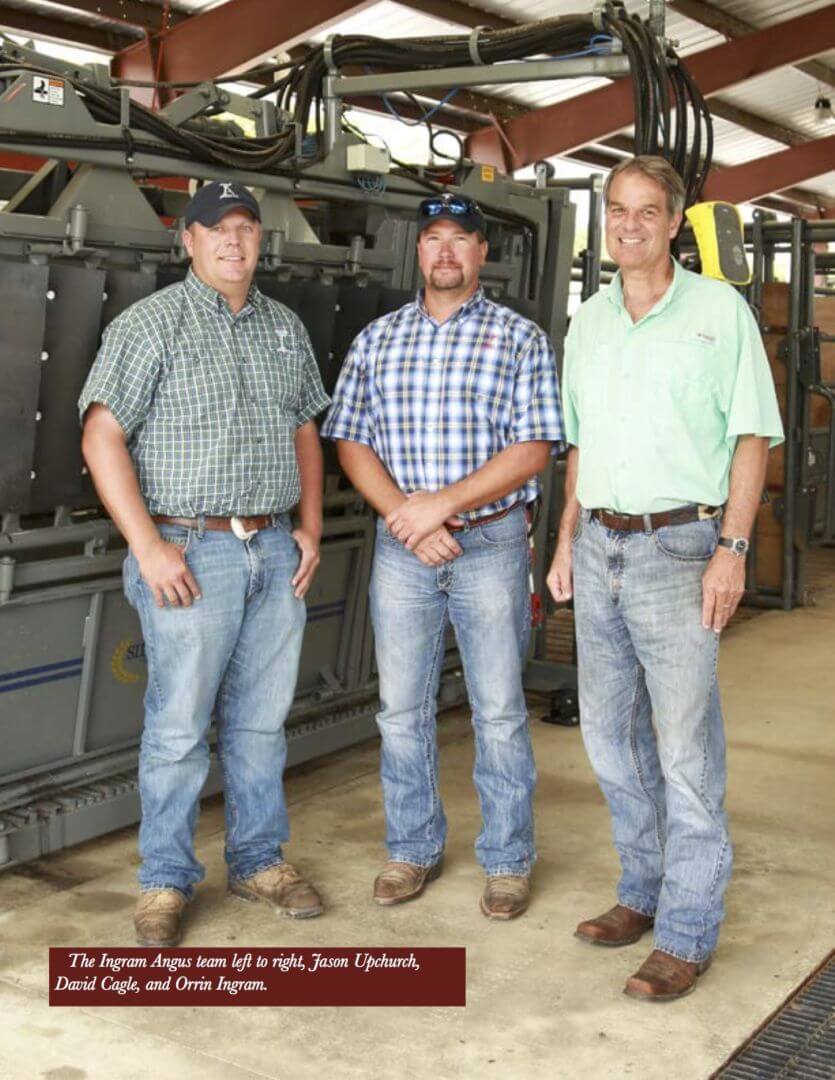 The idea behind Ingram Angus developed after Orrin’s search for purebred Angus bulls led him to Jason Upchurch. On top of what is now Ingram Angus, Orrin owns and operates a ranch in Florida where he breeds Brahman and Brangus cattle. His goal initially was to improve his herd in Florida, but little did he know this chance meeting would spark the idea and concept behind Ingram Angus.

“I went home and thought to myself: I want to raise my own bulls,” said Orrin. “I don’t want to buy other people’s bulls, but I have a full time job, so in order to make it [Ingram Angus] happen, I need someone who I trusted and knew the business.”

Cue Jason Upchurch and David Cagle. Jason quickly began working with Orrin to develop the strategy and plan behind what is now Ingram Angus. Their first discussion about the operation took place in the fall of 2015. In February 2016, Jason’s longtime friend and neighbor, David Cagle joined the ranch.

As managing partners, both David and Jason have skin in the Ingram Angus game. An opportunity that both described as very exciting. “I’ve worked and managed some different operations in the registered Angus business,” said David. “I’ve never come close to having an opportunity like this to make such an impact on the breed.”

Orrin also shares in their excitement. “A business is only as good as its people and I think the quality of people here is unmatched,” he said.

Starting from scratch, Orrin, Jason and David quickly went to work developing the ranch. On top of searching for quality cattle, the basic infrastructure for the ranch also had to be planned out and built. Since David lives on the ranch, he was primarily in charge of working on these projects with Orrin.

“We went from 500 acres, to 700, then to 1100 and right now we’re a little over 1600 acres in Pulaski,” said David. “We started little and it has not slowed down one single day since we started.” Orrin joked that he has yet to get David to say “uncle.” The ranch also has 1500 acres in Wartrace, Tennessee where Matt Williams manages day-to-day operations for the recipient herd. 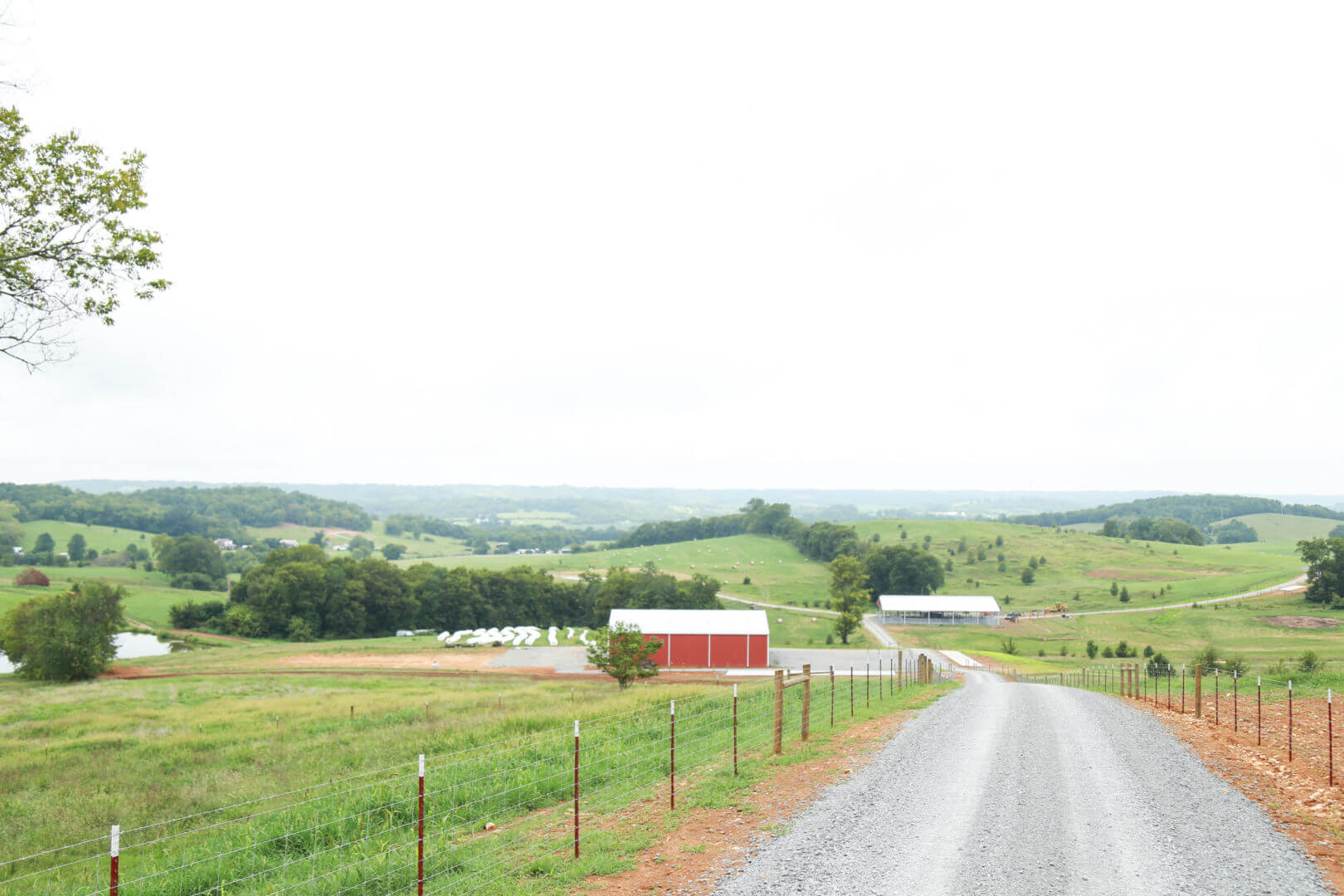 Low stress is very important to everyone at Ingram Angus. From the way roads were laid through the property, to how sections were cross-fenced, everything was mapped out to be as low stress as possible.

“We tried to make the fence and the lay of the land work for the cattle,” said David. “It keeps the cattle calm and gentle. Everything is low stress. Low stress on people, low stress on cows which increases your conception rate, increases your job satisfaction everyday, it just makes every day more pleasurable.”

Aside from building fences, barns and working pens and laying roads, Jason, David and Orrin also had their eyes on selecting exceptional foundation females for the ranch.

Throughout the process, they have remained committed to quality first and foremost, followed by expansion. “When I first spoke with Orrin, he communicated that he didn’t necessarily want to be the biggest Angus outfit in the country, but he definitely stressed that he wanted to be known as one of the best,” said David.

When selecting foundation females, the trio focused on soundness, doability, udder quality and disposition. It was also very important that cows be from proven families. “We went across the country looking at cows, being pretty picky about what we bought and where we bought them from,” said Jason. “Fads come and go but good functional cattle are always going to be in style.” 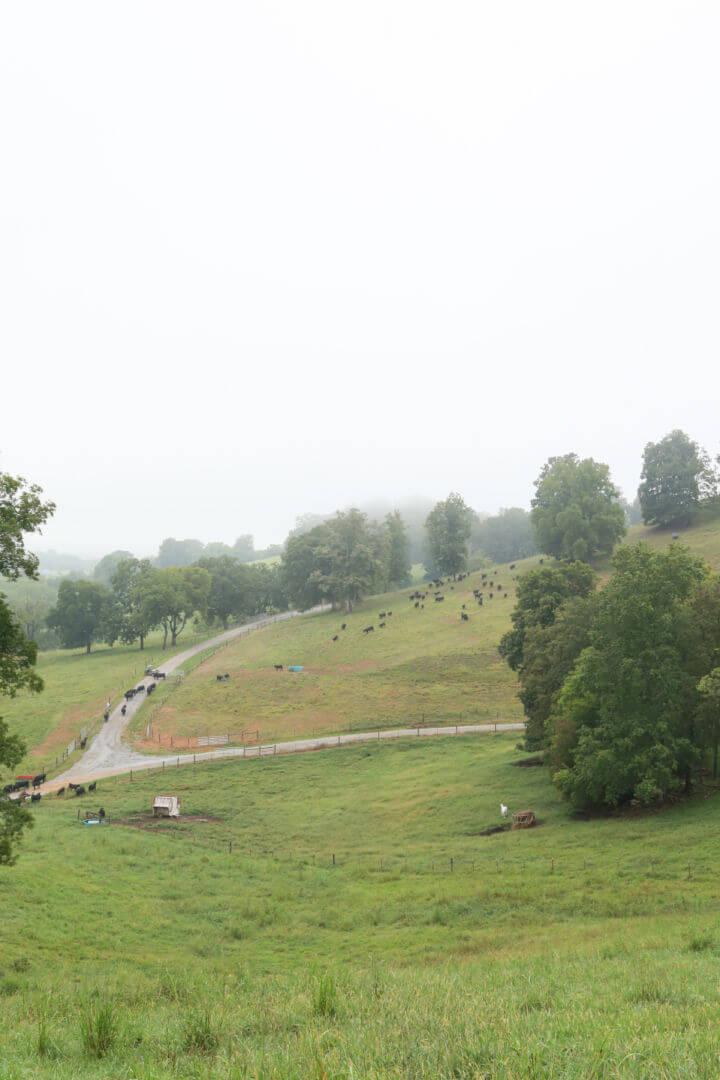 They used similar criteria to select recipient cows. “Most of our recips are registered, which gives us a chance to give those ET [embryo transfer] calves a boost,” said Jason.

While Ingram Angus is still somewhat in the growing and developing stages, the operation has come a long way in a little over one year. Orrin described one of the biggest challenges the ranch faces is getting to scale without losing quality.

Today, they’re flushing 35 donor cows. Most heifers born on the ranch are retained and placed back in the herd. “We can eventually replace our recips with good registered cows,” said Orrin. “We will sell a few of the high end ones, but right now we’re still focused on building, so these heifers will essentially be the foundation of Ingram Angus.” 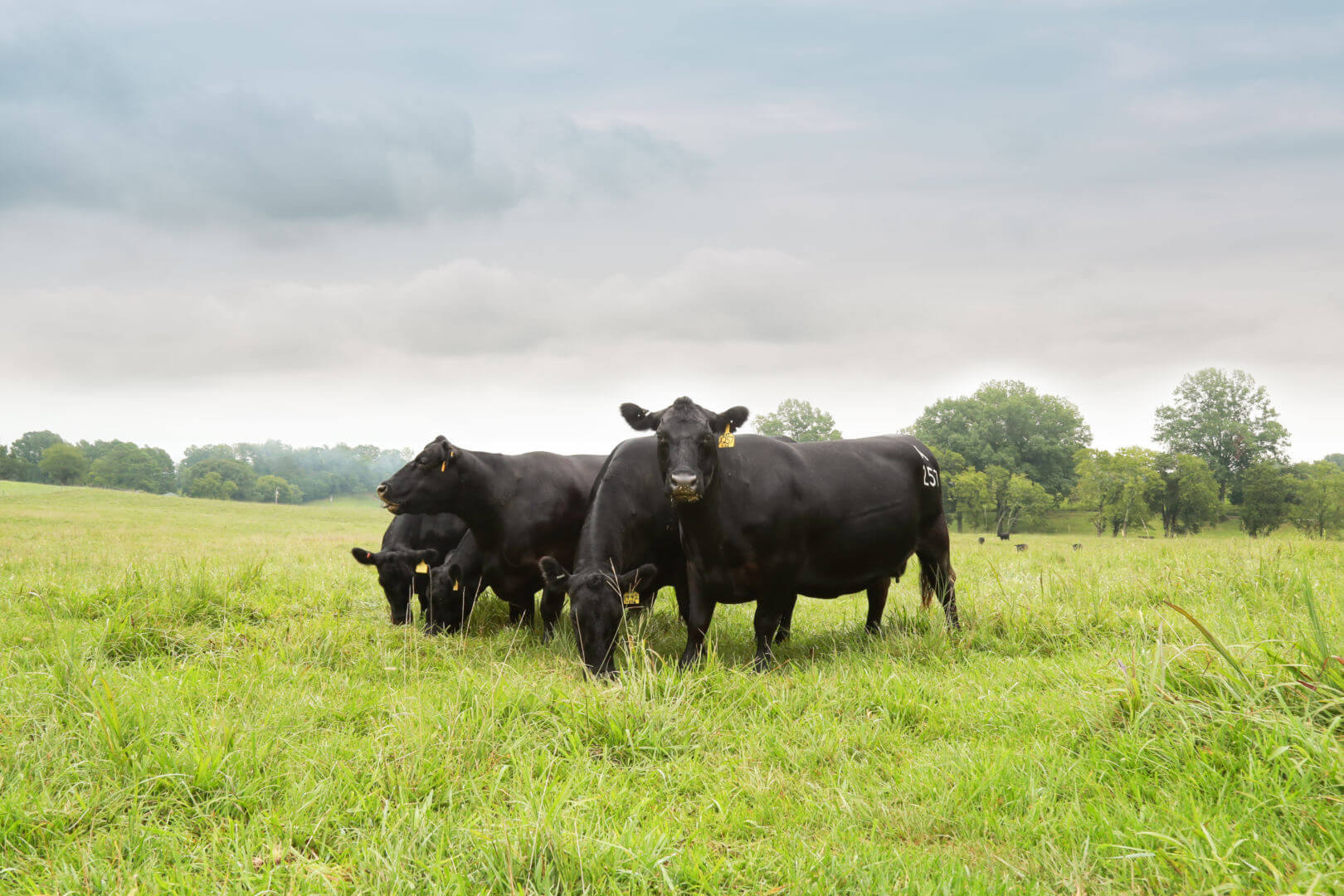 One of their main goals is to host an annual production sale. To accomplish this, they must first build their own herd. “We don’t want to have to buy cattle to have a sale every year,” said David. “We’re working toward getting to a point where we’re constantly pulling out of the herd every year and eventually able to sell to the public the best that we have to offer them.”

When discussing a future sale, all three reiterated their commitment to producing functional cattle that can work in a myriad of different environments. Whether marketing to seedstock producers or commercial cattlemen, they’re working toward producing angus bulls and females that fit all needs. Many things go into this, like genotypes, phenotypes and nutrition.

The ranch utilizes expected progeny differences or EPD’s to improve future generations, but not at the expense of phenotype. Jason admitted that genetics are important, but raising and breeding cows to bulls with balanced genetic profiles that are also sound, easy fleshing and with added phenotype is the ultimate goal.

No doubt Orrin’s background in breeding horses and foxhounds has come in handy when discussing cattle genetics. “I really like to study pedigrees,” he said. “Obviously with the cattle, using some of the tricks that have worked for some of the foxhounds and the race horses is really fun.” 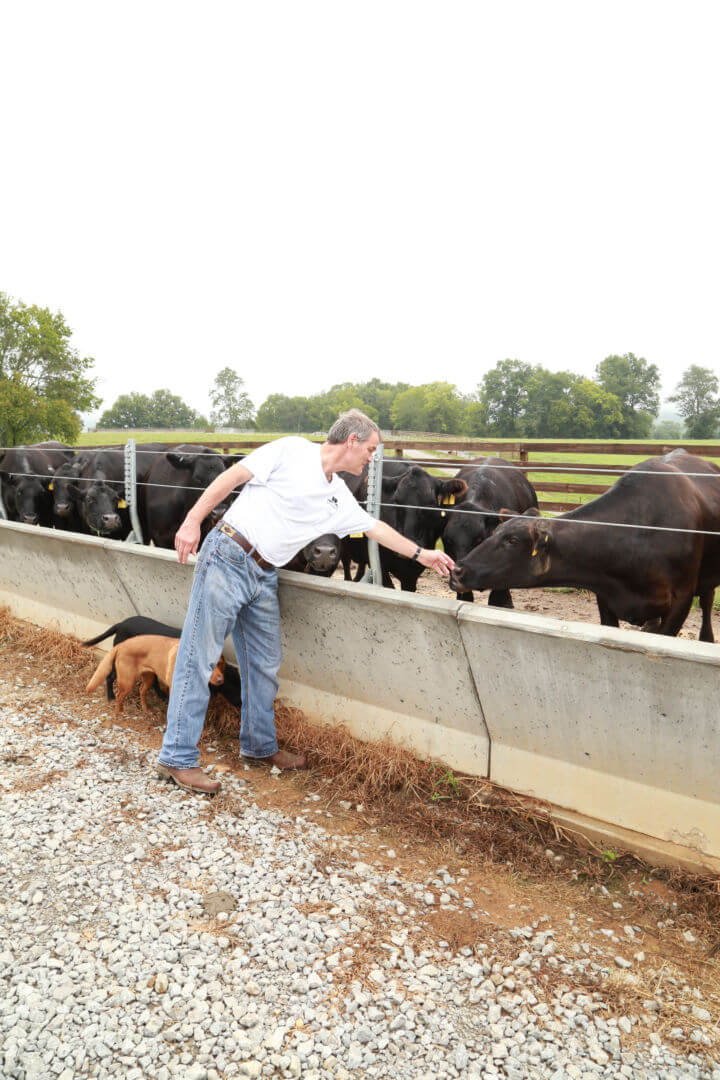 On the nutritional side of things, the ranch only feeds high roughage diets. “It helps keep them sound and fertile and keep longevity in them, and so they don’t melt when you sell them to someone else,” said Jason.

Inline bunks in each pasture allow the ranch to feed a high-roughage hay mixture during winter months, while cutting down on wear and tear and making it easier to check cows. “Our cattle don’t have to be fed to perform, the little bit of feeding that we do is a really high roughage diet that way they can make the transition from grass to feed or feed to grass,” said David. “We use the high roughage feed as more of a means to just get the cattle up. It cuts down on the stress and it cuts down on the labor for us.”

PLANNING FOR THE FUTURE

In another year, the ranch hopes to have all structural developments completed. Aside from this, as mentioned previously, their main objective is working toward an annual production sale. Though they’re a solid two years out from this inaugural sale, they have already began marketing the Ingram Angus brand. To successfully do this, they have employed the help of Ranch House.

Overall, he has been impressed with work by the full-service marketing agency. “I’m responsible for a lot of businesses, and Ranch House is fabulous,” said Orrin. “I don’t think we could do a better job ourselves.” On top of this, they all agreed that working with a marketing team that understands the cattle business is a huge plus.