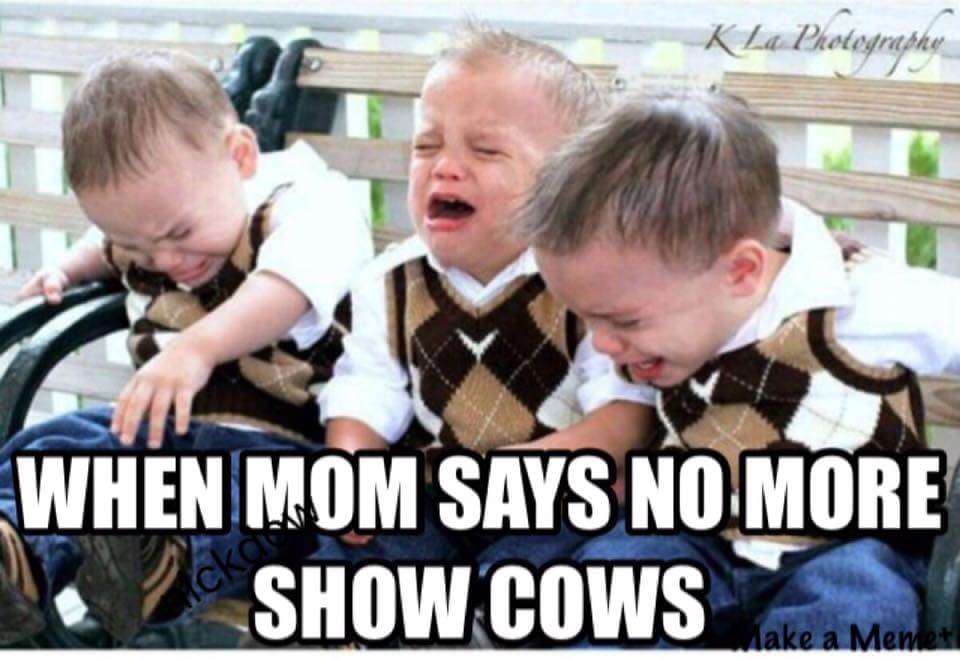 Memes and emojis have almost become their own language, but often it’s hard to find memes that really describe the #stockshowlife. Enter Nick Dow.  A self-described smart aleck and jokester, Dow started making funny livestock memes to share on Facebook about a year ago to lighten the mood in the livestock community and have some fun. 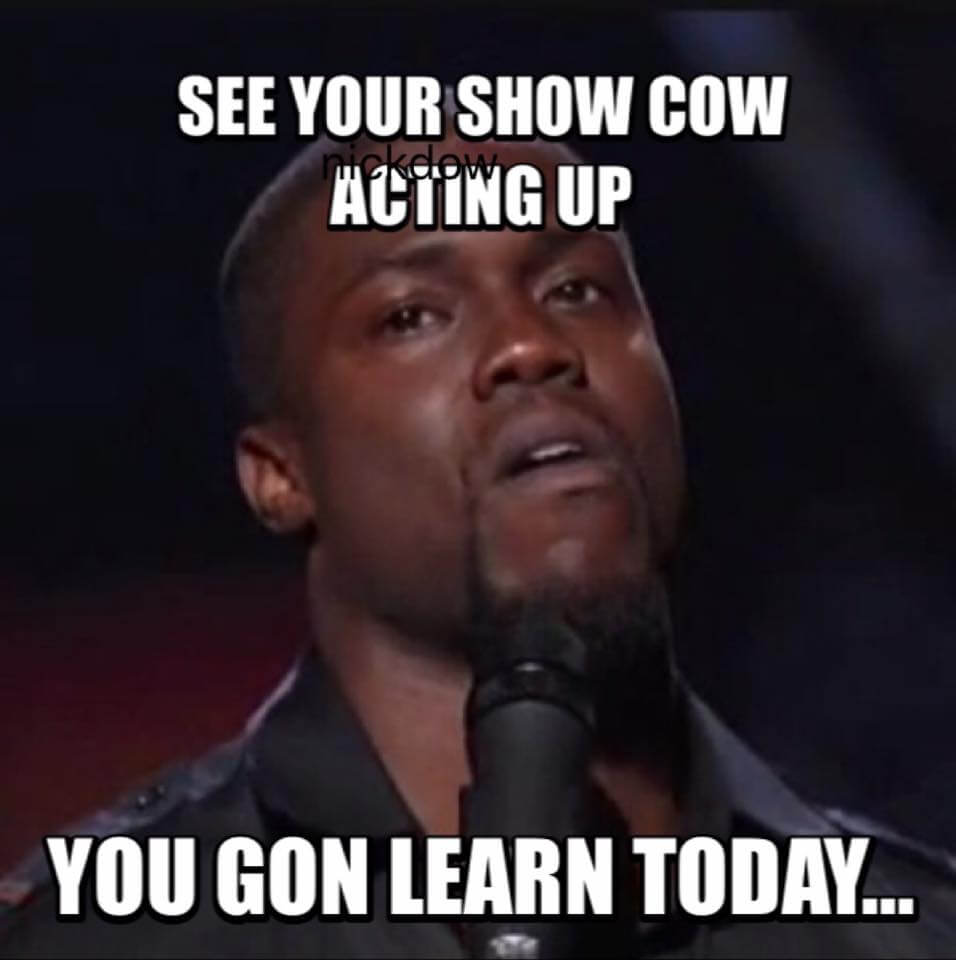 “It kind of started out as a joke,” he said. “Just to kind of help everybody keep in mind that we’re here to have fun. Deep down, we’re here for the kids to have fun.”

Dow says he saw a lot of memes on Facebook but none of them related to him and his daily experiences as barn manager for KenKo Miniature Herefords in Hitchcock, Texas. So he decided to make his own. Now, Dow posts a meme every week on “Meme Monday.” A lot of Dow’s ideas come to him during his daily routine: halter breaking, washing, clipping. He also takes photos to help market cattle on KenKo’s Facebook page and website. Dow said it’s during the long drives to pick up recip cows that the best ideas strike him. He says it’s just important to remember the text or punch line of the meme later when he goes to share the fun with family and friends.

Meme making is just part of Dow’s livestock-related history. After a successful FFA experience in high school, Dow went to Sam Houston State University and got a degree in animal science. Then, after a five-year stint as an agriculture teacher in Anahuac, Texas, Dow wanted to start a new chapter. That was when he remembered something a friend said, “We didn’t go to college to get a good job. We went to college so we could do whatever we wanted.” So he decided to pursue what he truly wanted was to manage show cattle. Dow found work with the Kauffman family at KenKo and for the last two years has done exactly what he always wanted. 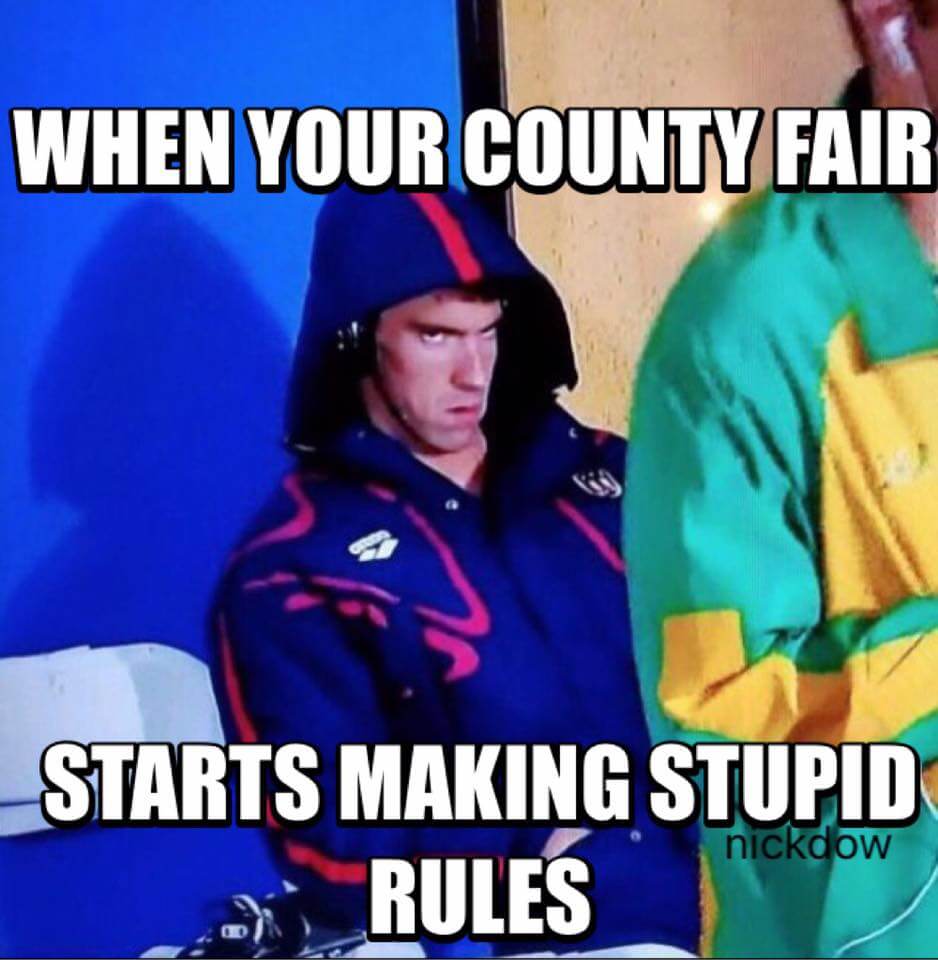 “This is my dream job,” he said. “I wake up every morning and get to live the dream.”

For the future, Dow said he hadn’t run out of ideas for more memes yet and planned to continue making his graphics and sharing them, hopefully making at least a few people laugh. In light of keeping things fun, Dow said the one area he considered off limits for his memes was making fun of young people.

“We all had to start somewhere. You don’t make fun of anybody. We can poke fun at each other but livestock showing is supposed to be fun. It’s to make kids better, make people better as a whole,” he says. 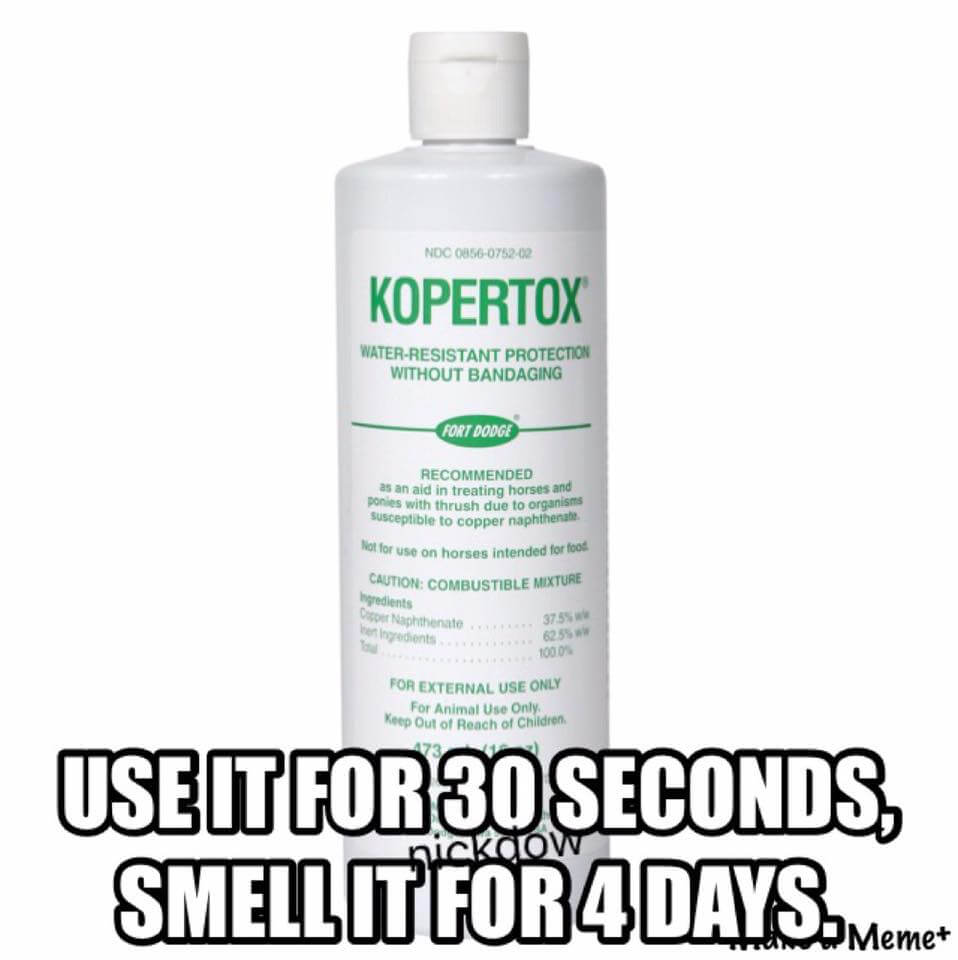 With the exception of a few negative messages, Dow says the feedback for his memes has been positive. In fact, some of his memes on Facebook have been shared by hundreds of people, many of them relating in the comments to the truth behind his reflections. Like inside jokes, Dow’s memes can be something fun to share with the like-minded people of the livestock world.

“We always thought we were the misunderstood children of the mainstream,” he said. “Let’s basically make fun of ourselves and have fun with it.

P.S. Want to see more great livestock memes? Check out this recent post for some of our favorites!

Editor’s Note: The post has been adapted from its original version that was published in the Ranch House Journal.

LOVE WHAT YOU READ? WANT TO GET MORE?

Each week we publish a blog post that includes fun, motivational or educational content for the livestock industry! Make sure you never miss one of our posts by signing up for our email list. If you have a blog post suggestion or someone in the livestock world YOU think should be featured, send your input to nicole@ranchhousedesigns.com.