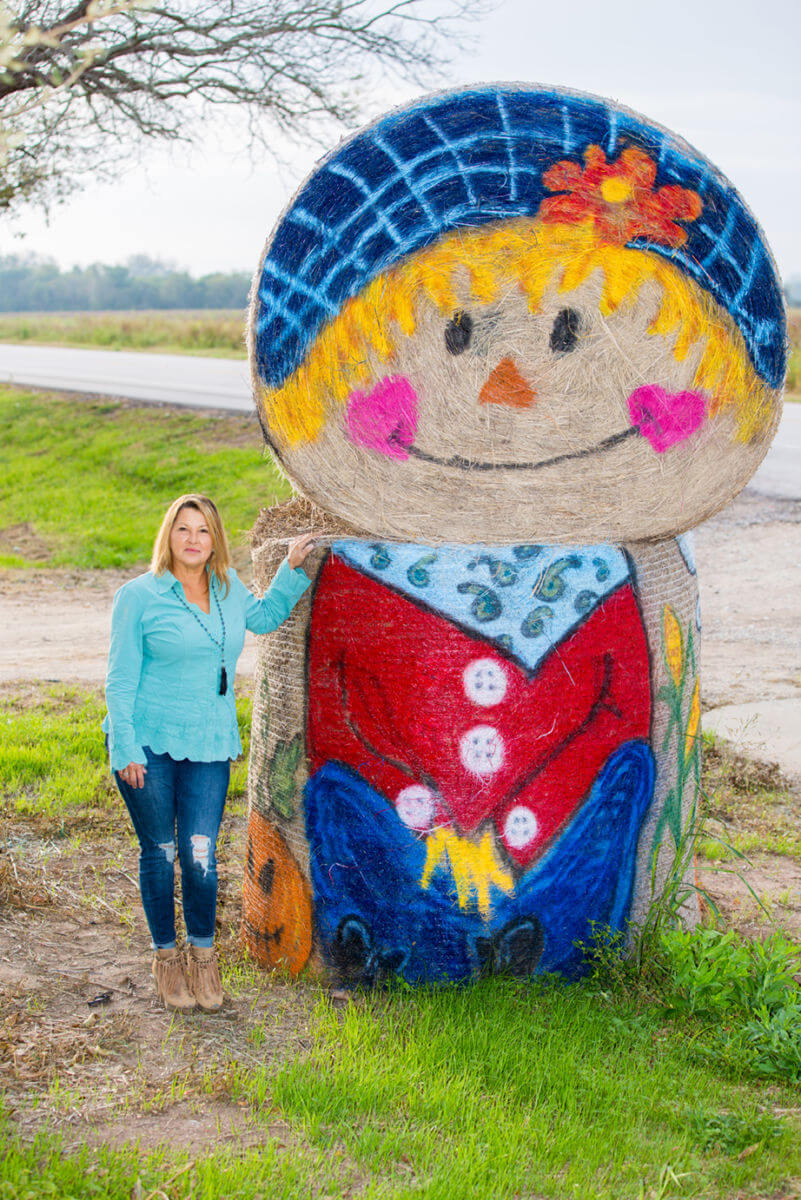 This article originally appeared in the Fall 2018 Ranch House Journal. 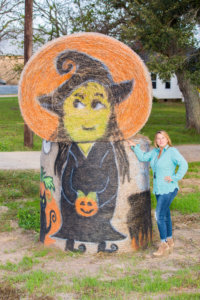 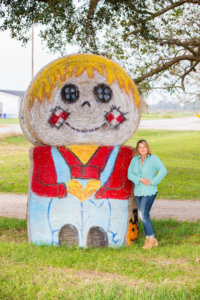 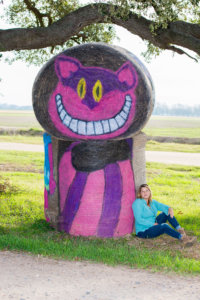 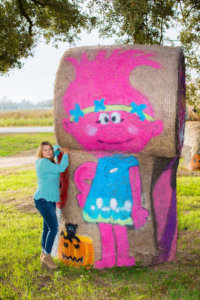 “I am not that interesting,” Sue said, as she fed her seven-year-old hog a set of orange Peanut Butter Crackers. The hog named Bucky seemed to almost wag its tail as if it were a dog inside a large boar’s body. “I like to sleep late, work hard, and spend time with family; that’s pretty much it.”

But Sue Atkinson is probably one of the most interesting people you can ever meet. Locals around town describe her as dependable, trustworthy, and someone who’s a friend to everyone. When she walks into the coffee shop in the morning, it’s clear that the queen of this cattle county has arrived. She knows every cowboy by name, asks how their hay is coming alone, asks how the kids are doing, and greets everyone with a smile and a hug. She’s someone who never meets a stranger and is one of agriculture’s strongest supporters.

“-C- started in 2002 when our daughter Charlotte was in junior high,” Sue said. “We bought one heifer just to get her through FFA – never meaning to become breeders. It was just for school projects and then we were going to be done. It didn’t happen that way. We got hooked, and it went from there. The income made from breeding and selling those Red Brangus put Charlotte through college and made a business for us.”

Just like she does with Bucky the hog, Sue interacts with all of the livestock for her family business. She registers and transports cattle, frequently works with clients, and routinely drives a tractor and trailer – a skill she did not know how to do before she met her husband, Charles Atkinson.

“I didn’t know how to drive a tractor or pull a trailer before we married,” Sue laughs. “My sister-in-law taught me to pull a trailer and to back one up. I have learned all of this through Charles and on my own.”

The Atkinsons are multigenerational farmers and ranchers; however, Sue has not always been involved in agriculture. Growing up in Boyce, Louisiana, Sue never had more than a few pets. Then Sue married into a role that instantly transformed her into a dynamic agriculturist working in a male-dominated industry: cattle breeding.

“I wasn’t involved in agriculture until I married Charles in 1982,” Sue said. “I grew up in the country, playing in the swamps and in the hills. Back then, I had no more than maybe five pets. I just love what we do. It’s a hard work, seven days a week. When we work, we work. When we can’t – such as if there is rain and we can’t work with the cattle – we enjoy that too.”

Sue’s role for -C- is slightly ambiguous on the outside, but noticeably important for success on the inside. “I am the gopher around here,” Sue said, slightly grinning. “I do what needs to be done and what will need to be done. When business gets busy, you will never see me leave. Though, I will admit, being self-employed allows me to take a break when I need to,” she said with a laugh.

Her self-proclaimed title as the company’s “gopher” demands more respect than it may seem. Containing numerous duties and beneficial helping hands, Sue is the glue that keeps the family cattle breeding business together.

Moreover, Sue likes to ensure a positive and productive process for clients interested in purchasing cattle. “We help clients through the whole process of buying cattle,” Sue said. “There is no dumb question; we have heard it all. We love to support our clients every step of the way.”

However, Sue’s role for -C- extends past clients and customers; Sue’s hard work impacts her daughter, granddaughters, and even female agriculturists. “I know my actions and hard work sets an example for my daughter and granddaughters,” Sue said. “I know I am a great role model for them, and if this is the direction they want to go, it’s always here for them.”

Just like Sue’s family knows not to be intimidated, even if the industry they want to pursue is male-dominated, Sue believes female agriculturists should not hesitate to pursue the industry they desire. “My advice to female agriculturists,” Sue said, “is to always hang in there, take things in stride, to not take anything personally, and just to keep working at it. Earn your respect.”

An Unusual Brand of Art

Just like Sue’s hard work surely does not go unnoticed, her fun spirit does not either. Going down her rural highway on FM 1301 during holiday season, members of the community witness firsthand Sue’s personality and artistic work. Near the Atkinson ranch, Sue enjoys spray-painting and designing hay bale sculptures for the community to enjoy.

“I have done the hay bale sculptures for four years,” Sue said. “I started in my yard for two years – which is off the road – but when friends or family would see them they would beg I put them by the highway. I can do pretty well with a spray can, but anything on paper, forget it!”

That is Sue: greatly humble, noticeably comical, overall hardworking. She does not tolerate idleness; yet, she absolutely encourages relaxation. She treats animals and people of the community like family members. Regardless of how many times she insists that she is uninteresting, anyone can tell through her sweat-induced labor and humorous personality that she is anything but uninteresting.

“I have never had a problem with this industry treating me differently or unequally,” Sue said. “I have worked hard just like the men. I have been hired out as a cowgirl just like the guys are. I have never had a problem with it. I have never been disrespected as far as my knowledge in this industry. It may be different in other parts of the country, but where I am from, it’s been very accepting. I love it. I love working with these people.”