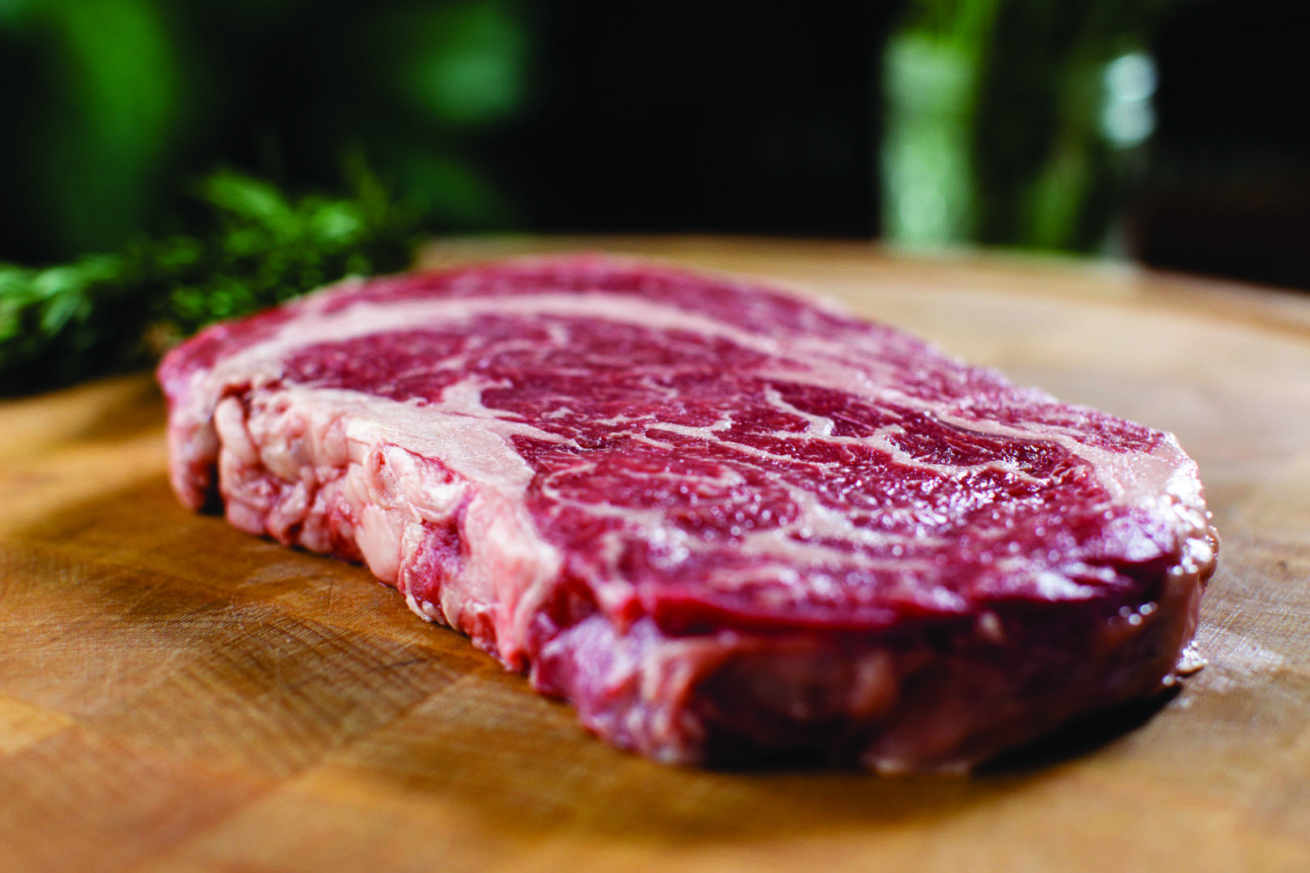 This article originally appeared in the Summer 2016 Ranch House Journal. To receive your very own copy of our quarterly publication, subscribe here.

At first glance, HeartBrand seems like an ordinary family cattle ranch. Cattle lazily graze the pastures where the Beeman family has been ranching since the 1950’s, there’s a few straw cowboy hats and typical barbed wire fences. However, upon closer inspection the Beeman family reveals that this operation is home to something special, something they believe has the power to change the American beef industry.

The roots of the HeartBrand herd trace back to Kumamoto, Japan, where the breed they raise was first created and is considered a national treasure. If you can say it right on the first try, you’ll do better than most. Akaushi, pronounced Aka-ooshie, is a Japanese red Wagyu breed of beef cattle. What makes this breed unique is their ability to perform while at the same time producing a superior beef product.

The highly marbled, consistently tender meat Akaushi cattle produce isn’t the only thing that makes these red-hided cattle stand out from the rest of the U.S. beef herd. Akaushi cattle also tend to have longer and thinner muscle fibers, making their meat increasingly tender. HeartBrand’s certified Akaushi Beef also has extraordinary health benefits. HeartBrand’s beef boasts higher concentration of monounsaturated fat, relative to saturated fat. The American Heart Association notes that this can lead to lower cholesterol, the prevention of coronary heart disease and weight loss. To add to the eating experience research at Texas A&M University has shown that Akaushi beef includes a high amount of Oleic acid (the healthy ingredient found in olive oil) that is extremely heart healthy.

In a time where consumers are asking for healthful, tasty products that have a better nutritional value, HeartBrand Beef is providing a product that meets those wants and needs through Akaushi genetics.

“One of my main focuses is making sure that we are providing the best possible meat eating experience we can do,” says Jordan Beeman, HeartBrand President.

It seems they have done just that and more with their herd of 14,000 Akaushi full-blood and half-blood cattle. In the Southern region of the United States where many ranchers struggle to find cattle that can tolerate the intense heat, earn grid premiums and excel in performance, Akaushi thrive. Designed to perform in a subtropical region of Japan, Akaushi are heat tolerant, but also excel in colder regions of the U.S. like South Dakota. The mother cows calve without assistance beginning at two years of age and produce uniform calf crops of calves that weigh an average of 70 pounds at birth. Docile, highly fertile and productive, the Akaushi breed is flourishing at HeartBrand’s headquarters in Harwood, Texas and across the United States.