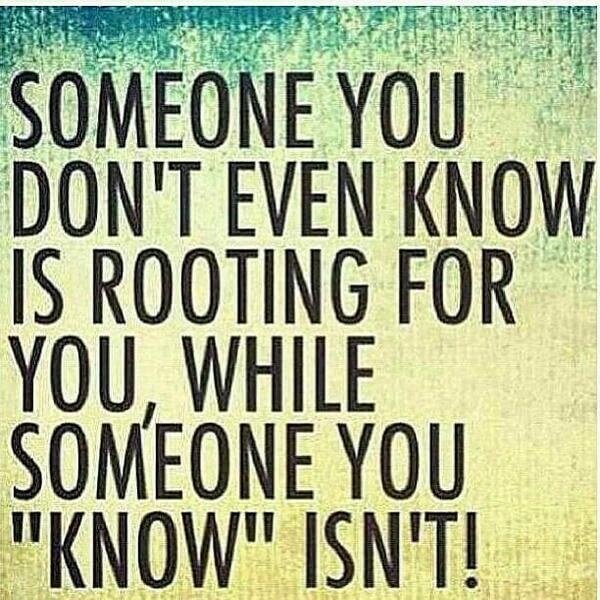 Well, May is almost here, and that means the major shows have wrapped up and the school year is winding down. You’ve made it through Denver, Fort Worth – San Antonio – Houston time, and Midwest beef expos.
It’s a great time of the year, but it’s also a time when a little thing called the “green eyed monster” can strike in show barns across the USA.
Let me share a story from my high school days…I was pretty much the superstar of my small town FFA chapter. I was chapter President, an area officer, and had won the state champion star farmer my freshman and sophomore years. I thought I was pretty impressive.
30 miles away was another girl in FFA, in the Houston area, that I despised. Well, we actually despised each other. I was country –  she was city. She was my competitor in speech contests, in scholarship applications, and in the show ring. Oh, and it didn’t help things that she was actually a genius and beautiful.
We never spoke. We only glared at each other from across make up rings, meeting rooms, and area camp dorms. I thought she was a city girl who knew nothing about Ag. She thought I was a spoiled cattle showman because I won a lot. We were enemies.
When I sat in the bleachers and watched her get a $10k scholarship at the Texas FFA convention – where I got nothing – I remember rolling my eyes and thinking – well, I’ll never have to see her again because she’s a city girl who’ll never do anything in ag.
A few weeks later, I moved to College Station to work at TAMU the summer before school started.
Guess who else did the same thing?
HER!
Ugh. Here we were working in the SAME building, two doors down. The only two freshman animal science majors who were in town before school started. Both fish out of water in a new place, trying to survive.
Eventually, we had to talk.
After 2 years of evil glaring at each other – someone finally cracked a smile to the other at the copy machine in Kleberg Hall.
And to my surprise, she was amazing. She was smart, fun, and really really nice. It was obvious to me why she was so successful and won so much in high school. Because she deserved it.
She became one of my best friends in college, and one of my best friends of my life. She’s one of the most amazing women I’ve ever known. She earned a PhD in animal science and is a respected leader in agriculture.
As I think back to those glaring looks we gave each other as seniors in high school…..Why did we do it?
There’s a quote that says:
“If someone hates you it’s likely for one of three reasons:
In analyzing my high school jealousy, this was definitely true. This girl was a threat. And I was definitely jealous of her. And, she felt the same about me.
But if you can get past that little spark of jealousy — you may find someone who becomes one of the most important friends of your life.
I see these things sneak up every year. When I was younger and showed, lots of people hated me. Lots still do. My dad would tell me, “oh Rachel, everyone will try to be your best friend…. until you start beating them.”
And, sadly it was true.
The more banners one seems to win, the less friends they attract.
A new breeder gets into a breed, and originally everyone is their friend. Everyone is trying to sell them cattle. Then, 3 or 4 years later they start winning. They start selling high dollar cattle of their own. All of a sudden those same sweet new people are now labeled “cheaters” or “too cocky” or “troublemakers.”
Or, how often have you heard some crazy gossiper tell you some ridiculous conspiracy theory about the people who win at shows.
This stock show season, I’m sure there were young people who won a lot. Maybe the same person has won the last ten shows you’ve been to. I want each of us to keep a watchful eye out for that evil culprit of jealousy.
Here are four ideas to help keep your friendships healthy and not get into the toxic trap of jealousy:
I want to close with this graphic: 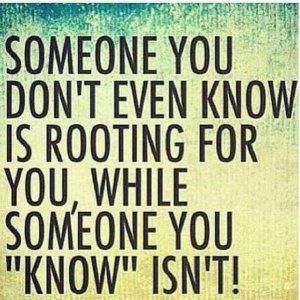 This is a good reminder, especially if you’re someone who’s felt the burning glare of others who seem to hate you for no apparent reason other than you are doing good things and being successful. For every one jealous person out there trying to bring you down, I promise there are 20 out there trying to bring you up. Many, you probably don’t even realize. And, you have the biggest fan of all in your corner: God. “If God is for us, who can be against us,” in Romans 8:13.
Keep doing what you’re doing.
Keep working as hard as you’re working.
And, if worse comes to worse, thankfully, major stock show season does come to a close, and you can always look forward to the most relaxing, drama free event of the year: your county fair.
(Ha! Since this was such a serious blog I had to close with that bit of humor!)
May God bless you this show season!